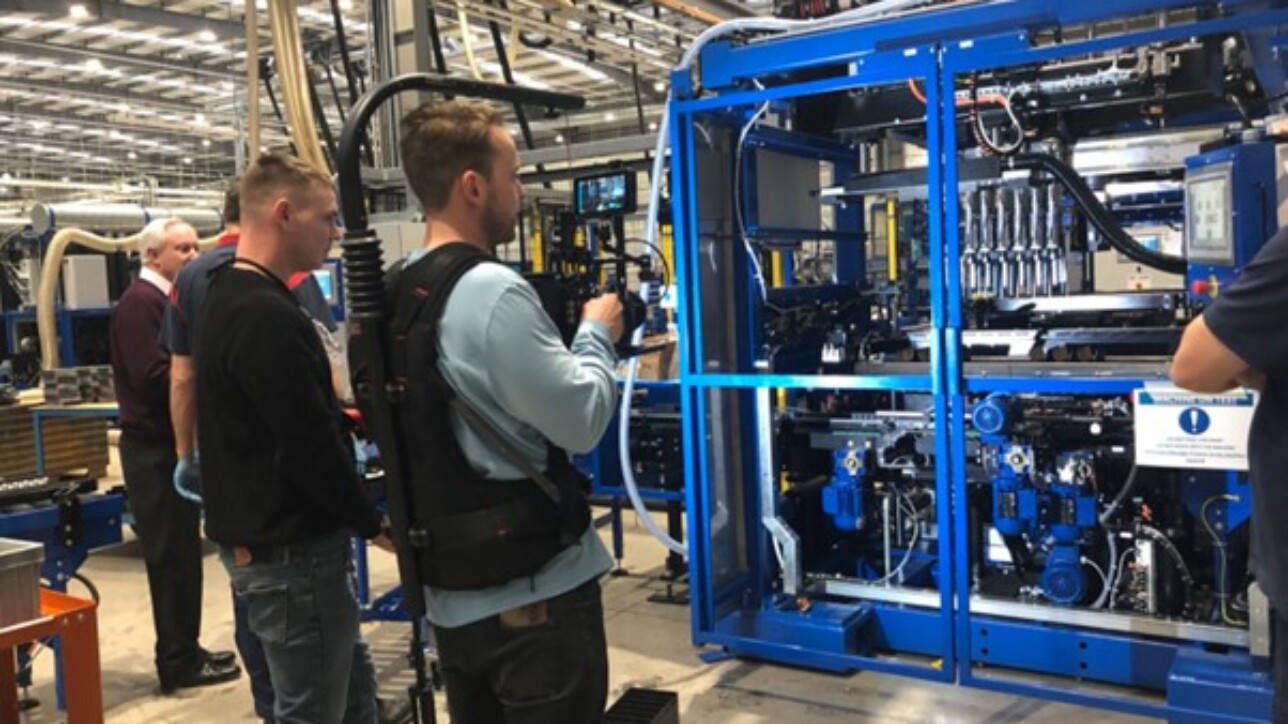 We’ve pushed the boundaries with our latest project for the world leader in battery engineering and automation.

Together with our trusted partner Fluxx Films we pitched, planned, shot and edited a corporate video that draws you in and keeps you watching.

The video is the latest in a series of short stories we’ve curated for its team and showcases the £40m business, its people and commitment to innovation.

Go behind closed doors for a glimpse into its thriving operations.

Tips for creating the perfect video:

We wanted to do something different with this project, that would stand out from the traditional corporate approach.

The first step was to visit the headquarters. We asked questions about all aspects of the business, its customers and industry landscape.

After a tour and briefing session, we had a good grasp of what made the business special and how we could creatively bring it to life.

From here we started to think about different creative approaches.

We wanted the video to speak directly to customers and have a personal and intimate feel. For this reason, we opted for scripted voiceover coupled with direct pieces to camera, instead of shooting talking head interviews with management, which can sometimes lack energy and pace. 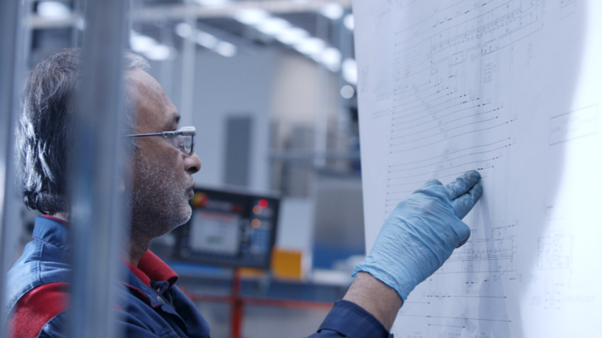 One of the TBS longest serving employees

We worked as a team to go back and forth on voiceover ideas and drafts until we had something solid. It was important to get this done early-on in the project so that everything could evolve from here.

This is really something to think about for any video for your business or product – what makes you special, and what are the key messages in your story?

When planning the visual side of things, we knew it had to have big shots to convey the size of the business but also micro shots to reflect the minute, pinpoint detail in the engineering TBS is famous for. 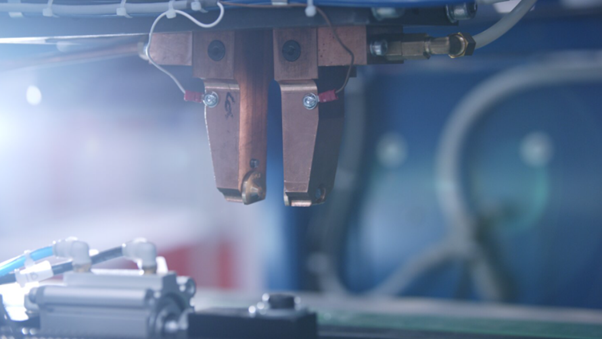 To get the big shots we opted for a drone, inside and outside the plant to show off the size of the HQ building and scale of its operation. This worked incredibly well. We were blown away by how the building looked next to the rolling Gloucestershire hills.

The micro, detailed shots had to come from the shop floor while the business was still open and working. It took careful planning and co-ordination to bring each shot together.

We filmed employees whilst they went about their work and pieced these together with the main profile shots to camera.

When employees look straight down the lens it’s an effective way to make a connection with the viewer. It’s powerful and became one of the client’s favourite moments in the finished video. 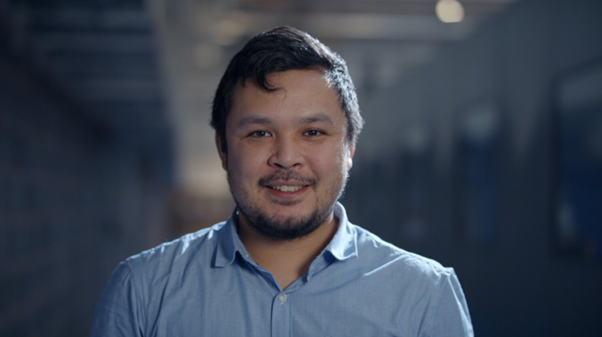 Profile shots can be a great way to connect with an audience.

The next thing to highlight was the long history TBS has, with over 50 years of experience. We asked for any video footage or photographs in their archives and thankfully they had a few great black and white pics. Having a shot in the video of the man who started TBS helped to convey its heritage, through once simple visual cue.

We picked some fairly dramatic, orchestral music to cut the video to and immediately it just felt right. It struck quite a classy tone and also had really nice moments where it softened and allowed space for a more touching moment. 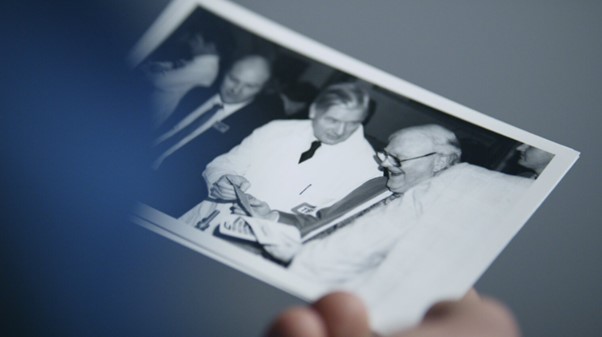 After we had made a draft cut it was time to record the script we had written earlier on in the project. We opted to use a local studio so we could sit in on the recording process and direct the actors performance as much as possible. Using a professional sounding female for the voiceover was a conscious choice to add balance. 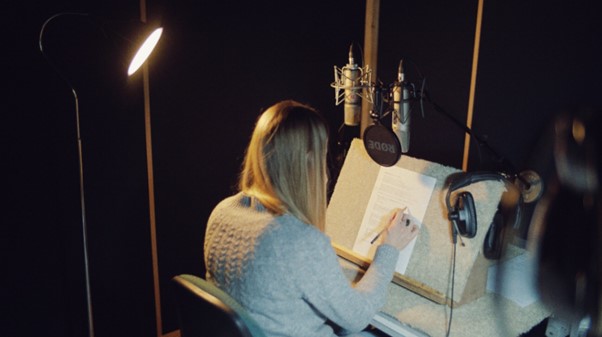 Editing this film was all about giving it the right pace and flow so that the competing elements of music, voiceover and specific visuals worked in harmony, but had the space to become more important than the rest at certain moments.

The client was involved throughout the project so minimal changes were required by the time final edits were taking place and were mainly just excited to see the finished colour graded article. It’s a great position to be in when everyone is onboard and feels included in every stage of a project. There were no questions or worries about what the edits would produce and that’s because we spent time at the start planning, writing scripts and asking questions.

If you have any more questions on how we put this together then please get in touch.

Big thanks to our partners on the project

Big thanks to our drone guy Jerome from @diztantproductions check him out on Instagram.

Here is the finished film to check out and see if you think it works well for TBS as a brand. 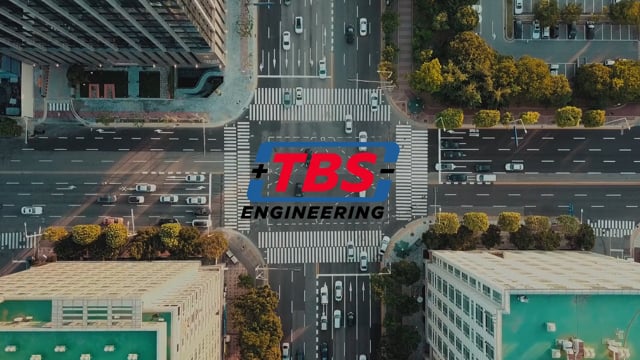 Call for a chat

Drop us a line